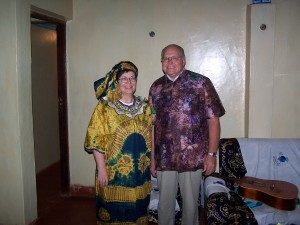 Clifton and Leta McDowell have traveled throughout the world, going into Romania, Greece, Brazil, Philippines, Mexico, Canada, Kenya, and Uganda conducting leadership conferences, revival meetings, seminars and crusades. They are also in the process of developing training centers which train supportive ministries in biblical leadership principles, administration and organization, and computer technology. The first of these training centers to be developed is World Witness Training Center (WWTC), in Kenya, Africa. They have graduated 10 classes and developed a staff of 10 which oversee the daily operation of WWTC. With plans to develop other training centers in other parts of East Africa, they are looking forward to many more years of ministry. 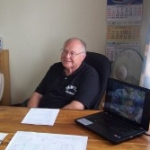 Rev. Clifton McDowell is an ordained minister since 1989 and received his Doctorate of Divinity in 2010. He served his country in the US Navy for 12 years and worked as an engineer at a local assembly plant for over 11 years. He has served in the ministry since graduation from bible school as a cell group leader, senior pastor, international itinerant preacher/evangelist, bible instructor and missionary. 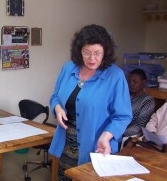 Rev. Leta McDowell is an ordained minister since 1989 and received her Doctorate of Divinity in 2010. Before going into ministry, she worked 20 years in the corporate world as a computer programmer-analyst, business administrator, and project manager. She also was an instructor of computer programming at a local college. She has served alongside her husband assisting in the ministry as a cell group leader, children’s pastor, business administrator, bible instructor and missionary. She has developed curriculum for church leadership that has been translated into Spanish and Tagolog, and has taught this curriculum in many nations.